The mission was to get the jobs ticked off before exploring the City and first among these was to replace the membrane on the water-maker. 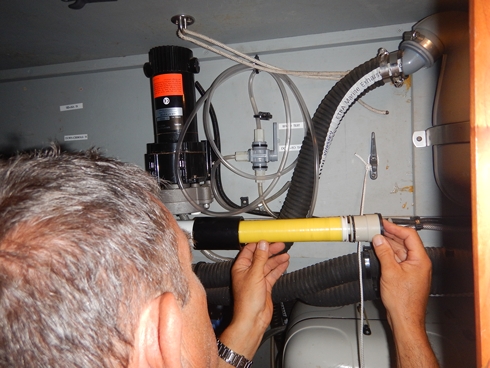 This turned out to be a surprisingly easy job and the mechanism was ‘fired up’ with some trepidation given our rather chequered history with the unit. Switching to production, we sampled the water after a while and, using our new purity meter, registered a TDS  (Total Dissolved Solids) of 256. The water maker is deemed to be working OK with  a TDS of under 1000 and the US maximum contaminant level for human consumption is just ‘less than 500’, so our reading is very acceptable and we just need to remember, when we get back to the UK, to ‘pickle’ the water-maker properly and in good time. I don’t want to have to buy another expensive membrane.

We also mounted the ARC Europe plaque alongside the ARC+ plaque. This had been presented by the Azores Tourist Board. 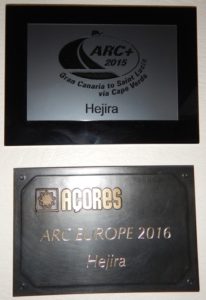 Angra do Heroismo (not Angry as my phone predictive text chose to adjust it to) is a really pretty and unspoilt City and it is understandable that it has been designated a World Heritage Centre. 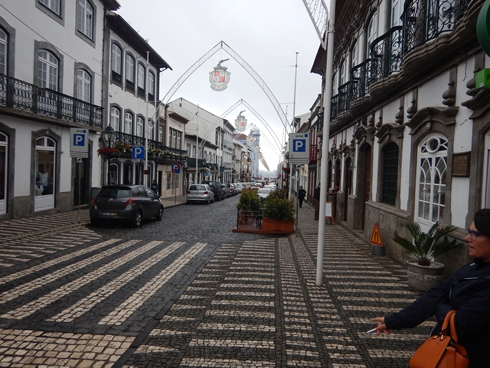 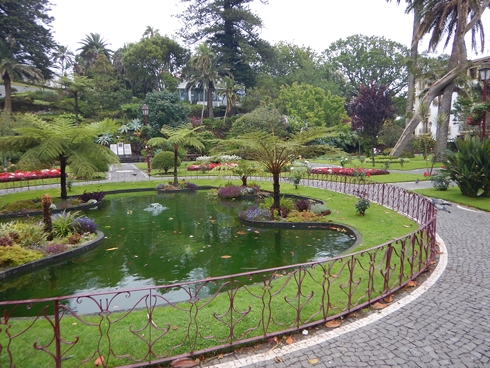 We strolled around enchanted by the Architecture and found a most agreeable local bar/restaurant and we were seduced into taking a late lunch. The fish stew with rice that Peter and I shared was very tasty and when followed by a desert then a special (of course) local liqueur, it was enough to see us off for the rest of the day. 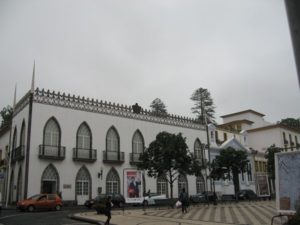 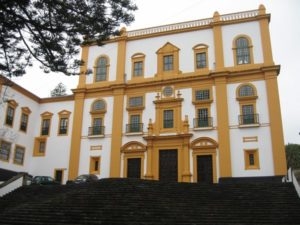 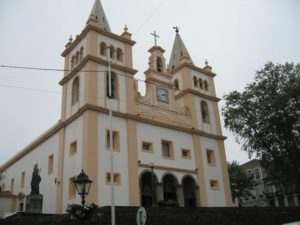 There appears to be a window in the weather starting this afternoon and we will push off then. There is another low on its way but it is due to track north so if we head home with a little extra east in our course initially, we should avoid the worst of it.

Of the ARC yachts heading north, three are in Angra. ‘Alegria’ is heading to Bordeau and the German ‘Cerce’ is heading for Falmouth en-route to Germany with a couple on board who are just completing a five year circumnavigation. We have all read the same window in the weather and we will be leaving at a similar time, soon after lun 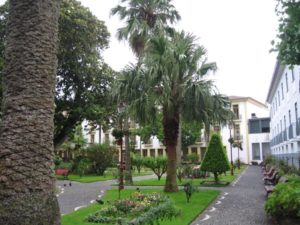