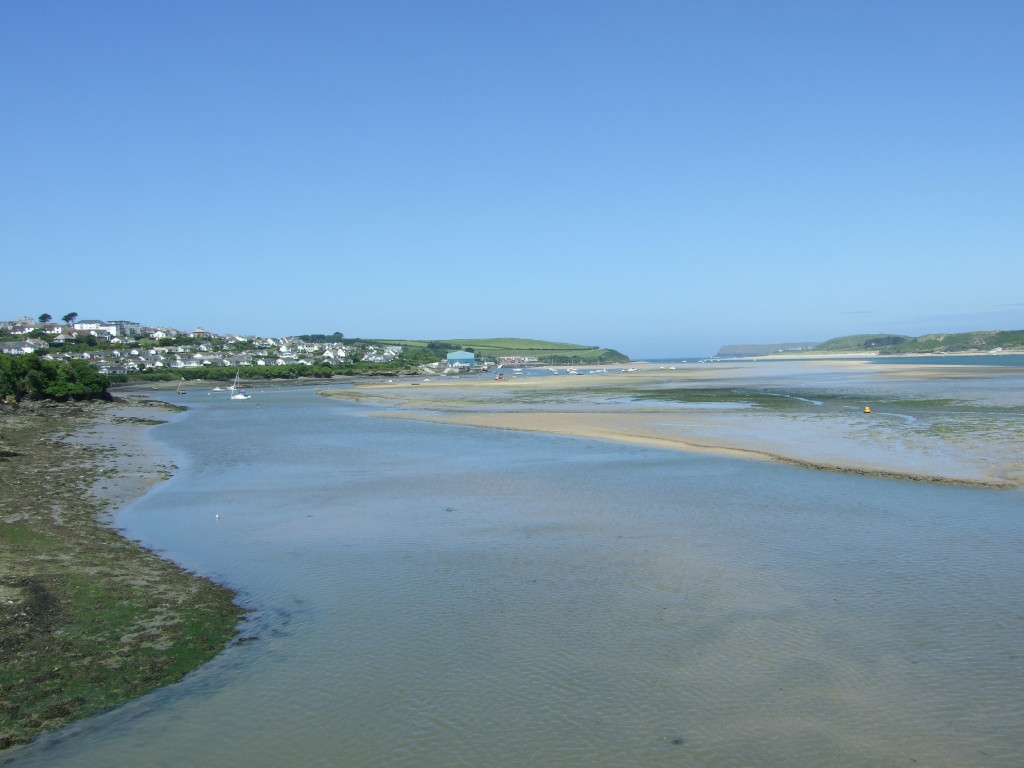 We are currently sheltering from gales in Padstow – and, on the bright side, there are worse places to be storm bound !

The whole plan was structured to avoid deadlines and the travelling to wherever we are by car for the in/out on the mainland was intended to accommodate the necessary flexibility.

Since my last ‘missive’ we crew changed, Hedley and Mike arriving and David driving back from Newlyn. We set sail late morning,  round Lands End to St. Ives in freshening but generally favourable winds and picked up a mooring buoy outside the harbour so we could carry the flood tide North East up the coast in the morning. We felt we should ‘see’ St. Ives and needed to pay the Harbour Master his £12 due for the mooring so, in very choppy conditions we made our way ashore in the dinghy. After a pint ashore, we made the return journey back to Hejira and, soaking wet, tried to dry out with the heating and dehumidifier going at full tilt. After a meal on board, it was straight to bed in preparation for the early start.

At 3.30 the next morning it was up and away but with the bay littered with lobster pot marker buoys and dawn not till after 5am, it was a case of someone on the bow with a powerful torch looking out until we were clear of St. Ives Bay. With the big wind gusting at 30 knots and directly behind us, a partially furled jib alone pushed us along at the required 6.5knots. With the sea building, we rounded Trevose Head and headed for Padstow in plenty of time for the inner harbour gate deadline of 10.15am. We rafted next to a yacht which had been towed in by the lifeboat the previous day and went ashore to explore the town. I think it may have been the relief at stepping on ‘terra firma’ but Hedley had more than his usual quota of cider and became loud and strident in the quay side pub. This was compounded when he went to the loo in the Ladies ! I subsequently checked and the cider he was drinking was 6% alcohol which is probably a lot for someone who doesn’t usually drink – quite a lot for someone who does !! Mike has taken to wearing an OAP hat which has been necessary after he forgot to apply any sun screen and has turned a bright red colour. This is particularly surprising as it is difficult to remember when we last saw the sun ! 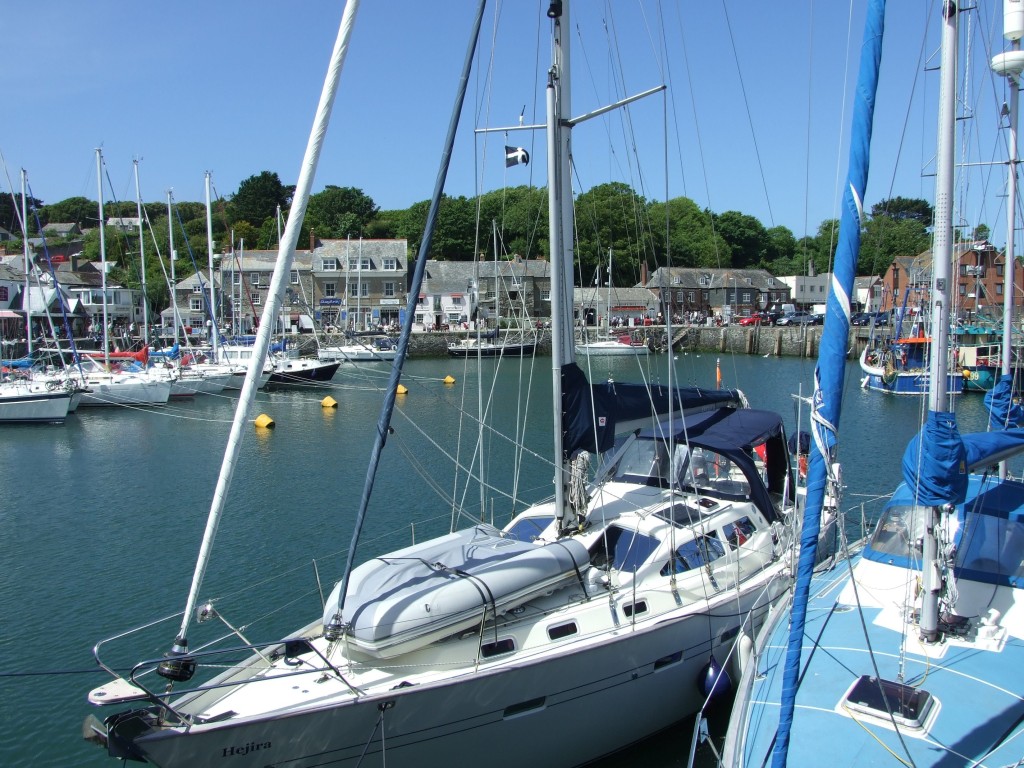 Padstow seems much more affluent and buoyant than St. Ives which had a tired feel about it. It is difficult in Padstow to escape the presence of Rick Stein who has at least 8 establishments bearing his name and tonight we had fish and chips from his ‘chippy’. It was good but at over £40 for 3 of us, you would expect it to be !

The decision to hire bikes and ‘do’ the Camel Trail was good but, for non cyclists, pressing on beyond Wadebridge to Bodmin may have been a mistake. Mike fell off, ripping his trousers and leg and we all suffered sore nether regions. It was a relief to hand them back.

The winds are still big here and, even when they diminish, it will be some time before the sea state moderates from the 4.5m swells given in the forecasts. With no really safe refuges between here and Bristol and the need to carry favourable tide for the remaining 120 miles, it is difficult to see how we can make up the time.

However, we remain optimistic and will study all the permutations in an attempt to make it work but we must remember that this is a holiday and no one should be uncomfortable with the prospects when properly explained.

So, we will stay here, in Padstow tonight and review tomorrow.