Since my last mail, we ‘sat out’ the ‘blow’ in Padstow which tied our hands somewhat, so, with a paucity of havens suited to the weather, we stayed put which took us to our next crew change. As this was not in Bristol as planned, this presented something of a problem for John Morris who was due to join us from Redditch. In the event, he was driven to Padstow by his wife Birgit and she stayed for a couple of days which meant we could provision using their car to and from the out of town Tesco. Hearing the Church bells for a wedding the Saturday, Hedley, made himself known and was invited to ring on the Sunday morning which I hope compensated, in part, for the enforced detention in Padstow.

Terry and David arrived by car on Monday and Mike and Hedley returned having suffered a compromised but (I hope) enjoyable week. Birgit left us on the Tuesday and we left at high water. The passage to Lundy was in light airs but with no real deadline, we sailed as much as we could and discovered that the Bristol Channel is well stocked with dolphins. Over the next three days, we saw so many dolphins, we actually became blasé about their presence as they shadowed the yacht. 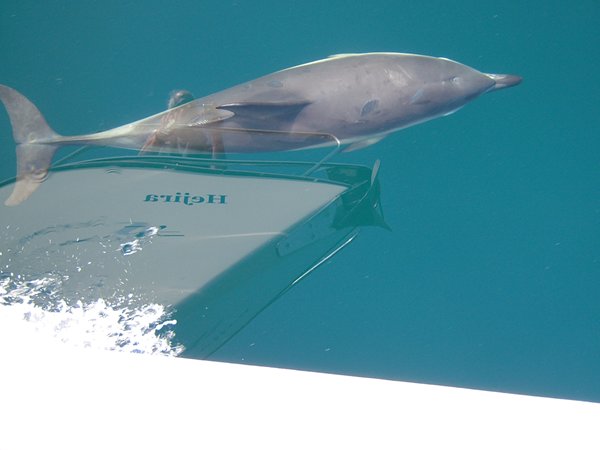 They seemed to be all around us all of the time. Arriving off Lundy, we anchored with about 50m of chain to allow for the big tides and the strong currents. 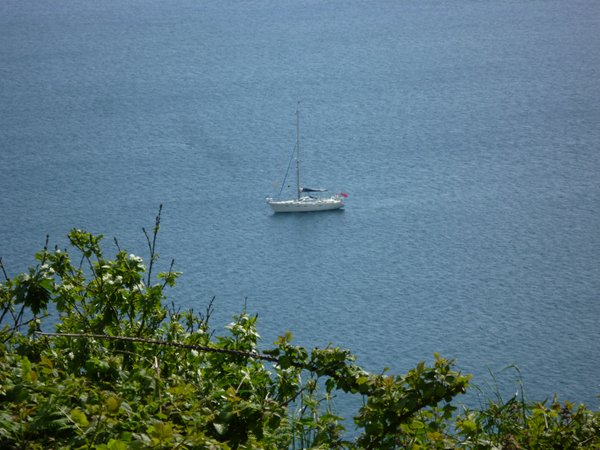 Our trip ashore on Wednesday morning was interesting – at £5 per head landing fee! There is an active resident community, 27 rental properties and a camp site which was stuffed with tents. 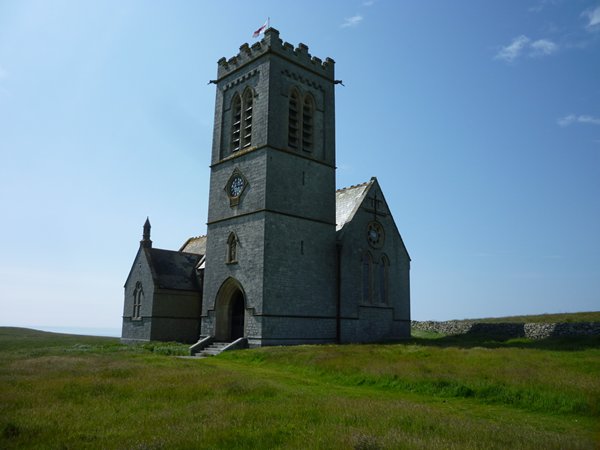 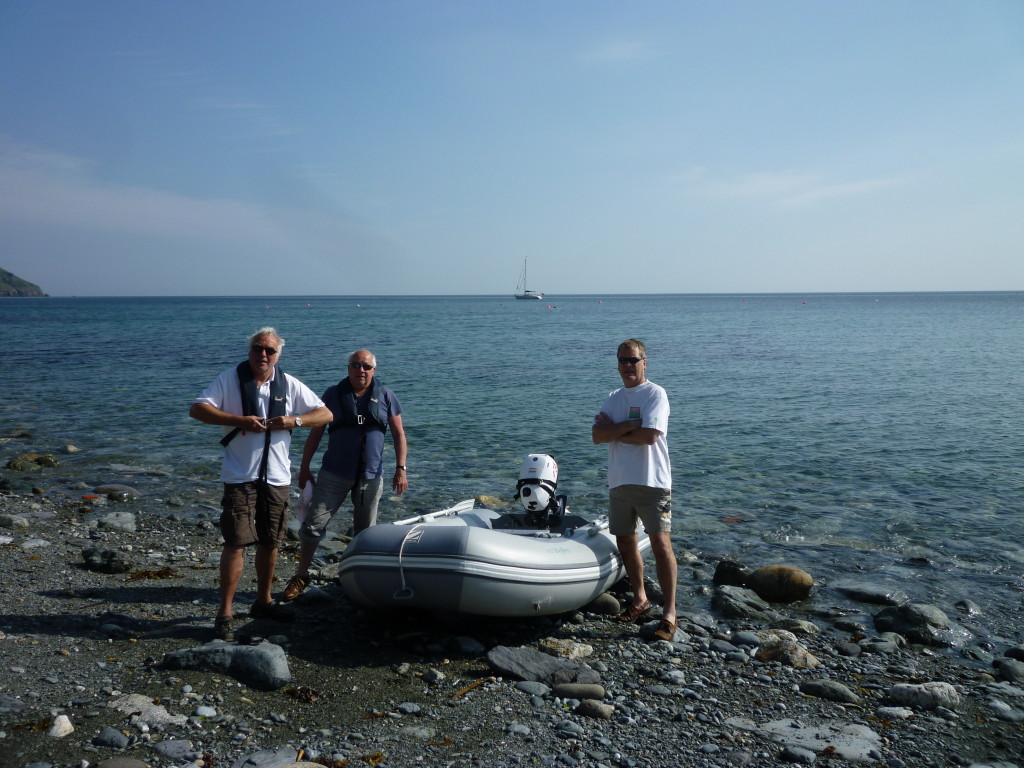 Lundy landing with Hejira in the background 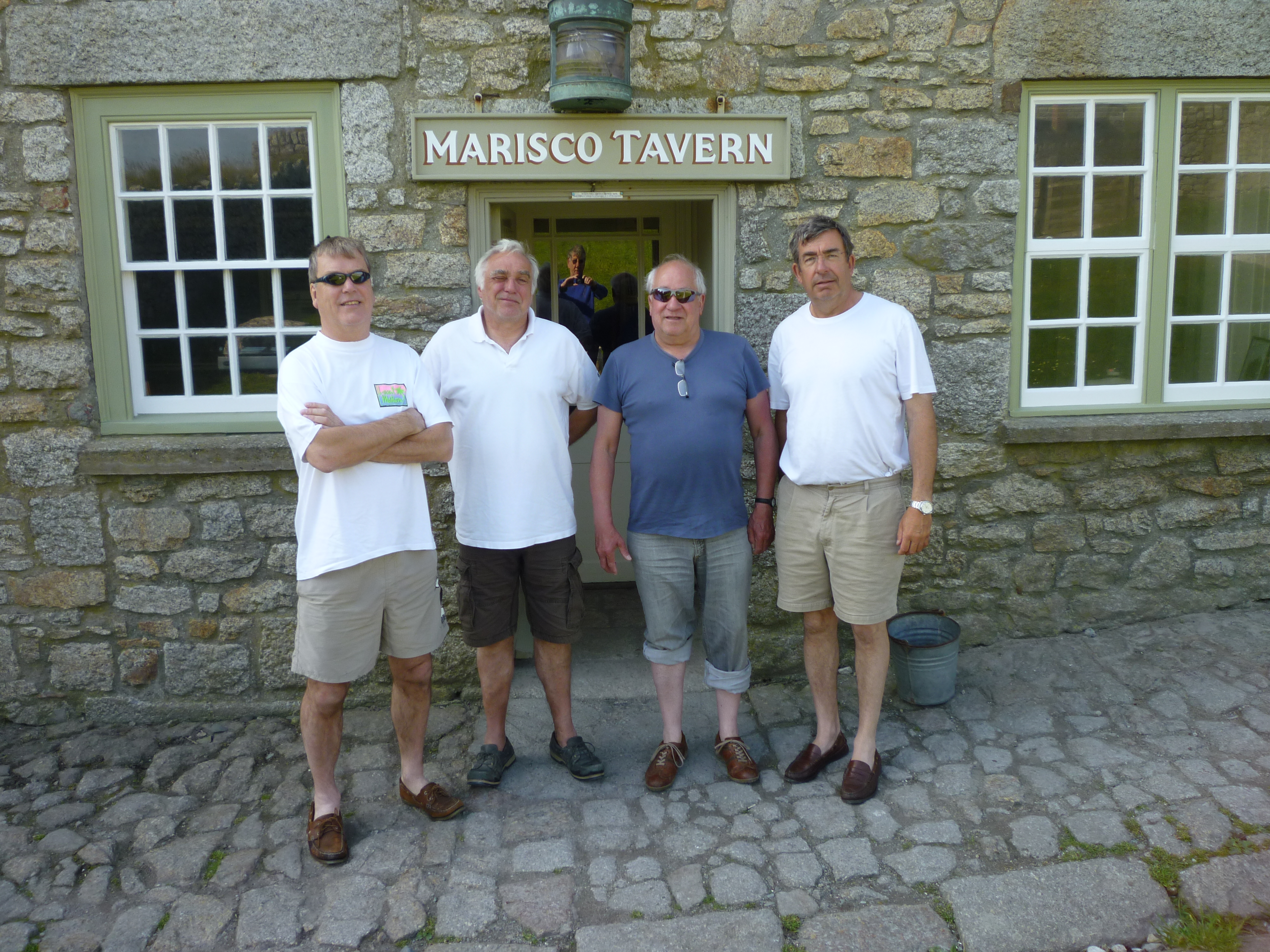 Lundy Island ‘Marisco Tavern’ Dave Wright, John Morris, Terry Oakley (now sadly no longer with us – missed and not forgotten) and me

When we tried to lift the anchor to leave on Wednesday morning, we discovered that the anchor windlass repeatedly tripped the circuit breaker, even when not under load so we had a problem. This was overcome in the short term by running a strop from the chain to the electric cockpit winch and pulling the chain along the deck in 8m lengths. With the anchor up we had probably the best sail for some time, close hauled up to Tenby. 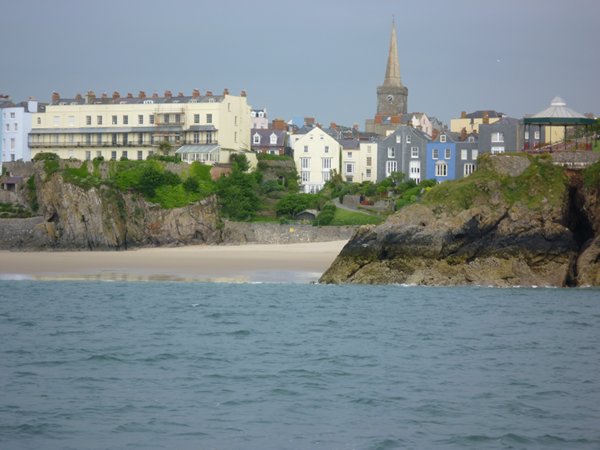 Tenby – pretty from a distance

We had already arranged to use the RNLI mooring buoy as we were not now able to anchor and arriving at about 9pm and leaving at 8am, we chose not to go ashore. 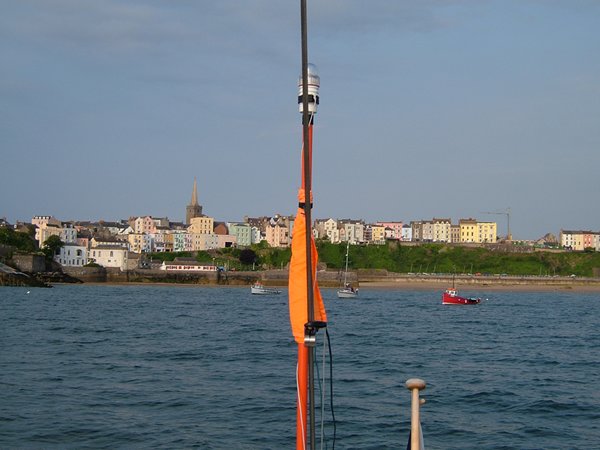 Tenby from the RNLI mooring

With the lock gates into Milford Haven Marina broken, we had a deadline to ensure entry on ‘free flow’ but on leaving Tenby, we discovered that the two firing ranges in our direct path were both active, necessitating a diversion offshore to keep out of range. We agreed with the range control over the VHF that we would steer south until they called us to say we were clear. Having not heard for longer than expected we called the control on the phone to discover that they had been unable to reach us on the VHF. We had been picking up some transmissions but, checking using the handheld, it became clear that we had only intermittent reception on the ships VHF. So, we were behind schedule with Windlass and VHF problems. Our time in Milford Haven was going to be busy !

By speaking to specialists and phoning around, I managed to locate a replacement windlass in Luton and Bob very kindly drove there to pay and pick it up – many thanks Bob !!! We spent the morning removing the faulty windlass and the rest of the day trying to fault find the problem with the VHF. This turned out to be (I think) a corroded wire and connections between the mast and the receiver unit. Replacing this cable was a chore but having completed the job, the VHF exchange with the Pierhead control reported a clear transmission so we will just have to monitor the situation. The AIS data is transmitted over the VHF aerial so this would explain our lack of visibility. 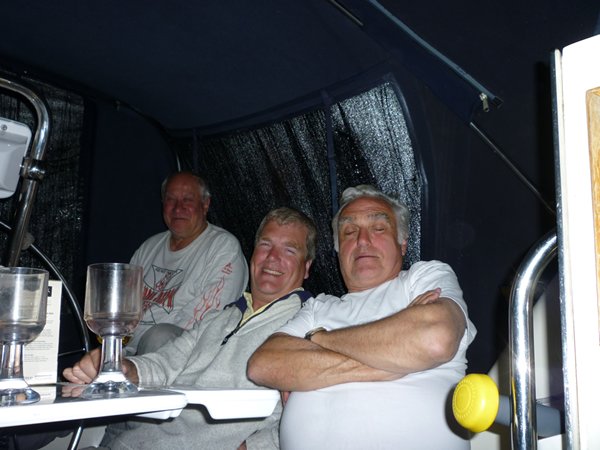 Sheltering from the rain in the Hejira ‘Conservatory’ in Milford Haven. From left to right: Terry Oakley (now sadly departed), Dave Wright seemingly chipper and John Morris who has clearly abdicated from the evenings proceedings.

With the crew change pushed back to Sunday to accommodate the 1st Lions Test, John took the train back to the Midlands being more of a soccer (well, Aston Villa!) fan and we were left to sample the Pembrokeshire Fish Week event after a short trip to the Milford Haven Museum. An excellent, much craved curry in the Marina has topped out an excellent day following the lucky Lions win so I am beginning to feel chipper.

Bob Haywood and Stephen Williams are due to arrive by car tomorrow morning, bearing a shiny new windlass and, fingers crossed we can leave early on Monday morning with everything working.