I had warned that the long crossing to St. Lucia was going to be a challenge, a long beat, exposed to the Atlantic with winds over 20 knots. We tackled it with two reefs in the main and with both foresails but a little bit of jib rolled away. We fortunately had a favourable current and we were logging over 9 knots SOG at some stages. We did take some ‘big ones’ over the top but this was not really a problem as the wind and sun soon dried us off but left the salt behind. 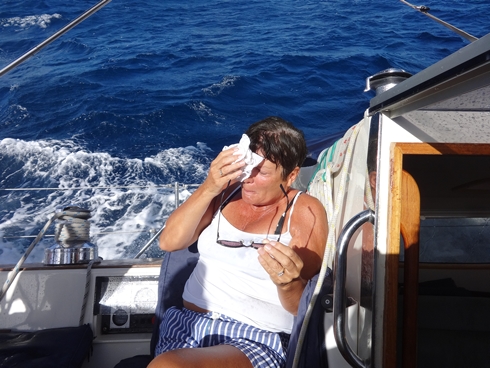 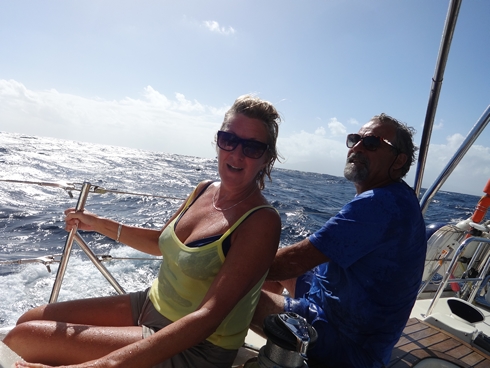 As do Neville and Lynn

We had the company of a couple of brown boobies riding the winds off our sails. Spectacular until they decided to ‘relieve themselves’! 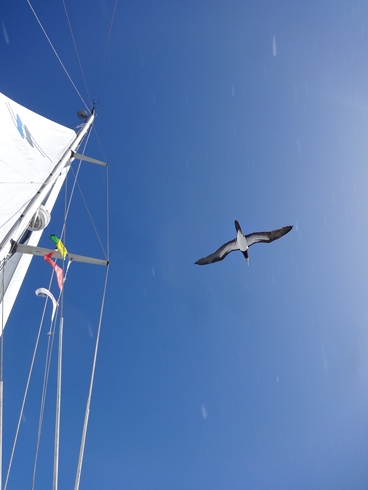 Brown Booby.
Thanks to Dr. Stephen (Maturin) Williams for leaving his wildlife books on board.

Bound for Soufriere in St. Lucia, we were met by Byron, the first ‘boat boy’ a good 5 miles out. We picked up a mooring buoy and went ashore to clear in, wander around the town and have the obligatory beer. The whole bay has an underlying smell of sulphur which we imagine emanates from the volcano and that the smell has spawned the name. 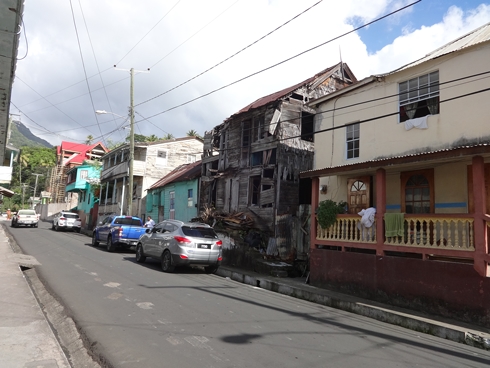 I will let Paula and Lynn describe the antics of a ‘stag’ crew of Germans on an adjacent catamaran – they will do it better:-

As Nick said our crossing was eventful. The waves were huge. For sailors this was good sailing, for us it was white knuckles holding on desperately, in between getting a soaking as the waves gushed overboard.  Apparently that was perfect as it meant we got to our destination well ahead of our eta!

We promised that we would both go to church every Sunday if we survived the journey. It now looks that we will be on our knees for the foreseeable future.

Having lost breakfast we were rather hungry, but have made up for it by eating copious amounts of crisps.

Joining us in the anchorage this evening is a Bavarian boat full of what we can describe as middle aged, gay exhibitionists. We have seen them in their birthday suits and we believe the party is just beginning!!!  We will be using binoculars and cameras to check they are having a good time!!!!!

Our visit to Soufriere was interesting. It is certainly a colourful town, where all seem to be having a ‘good time’.  The customs clearing ‘in’ experience was once again a lengthy paper exercise with lots of carbon copies in triplicate in a room which is maintained at the highest temperature ever!!!!!!

We can report that Neville has still not caught anything with his very expensive lure. We have seen many fishermen with buckets full of fish….. We leave him sobbing into his Rum Punch questioning his skills as a hunter/gatherer.