Our first glimpses of Faial were through a heavy mist and it was remarkable in its greenness. The islands are undoubtedly volcanic and the isthmus we had to round before heading up to Horta was clearly originally the rim of a volcano. The small fields were bordered by hedges and the whole impression was one of ‘time gone by’. Our timing into the harbour was inspired as the customs/fuel dock was clear and we moored alongside to do the necessary formalities – or rather we tried to do them. Our arrival at 11.45 was unfortunately just as the port office, customs and immigration offices closed for lunch but this gave us time to take on fuel and water. We have almost come to expect a lack of ‘joined up thinking’ when encountering bureaucracy and perversely, although the port office and immigration have an hour for lunch and returned at 13.00, the Customs were not only due to re-open at 14.00 but by 14.15 has still not appeared so, with pressure on us to leave the berth, we returned to Hejira to vacate the dock. 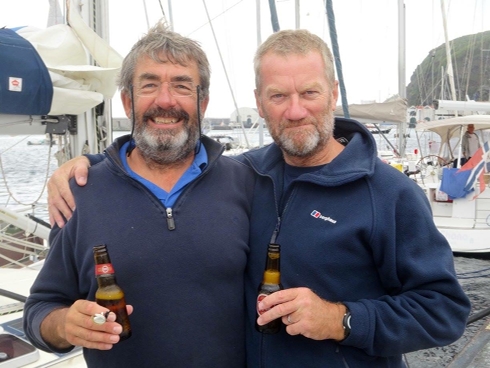 With a grateful Cliff Crummey from AWOL on our arrival.

The wind by this stage had picked up considerably and being allocated a tight spot, rafted 3 out from the dock, we took to open water to see if it was possible to keep Hejira head to wind while motoring astern. Vicious gusts suggested that we would have to ‘weather cock’ into the berth and this we did. The only downside to this orientation is that the aft cabin (mine) suffers from a continual slap under the counter but this is a small price to pay for the ease of manoeuvring into the berth. 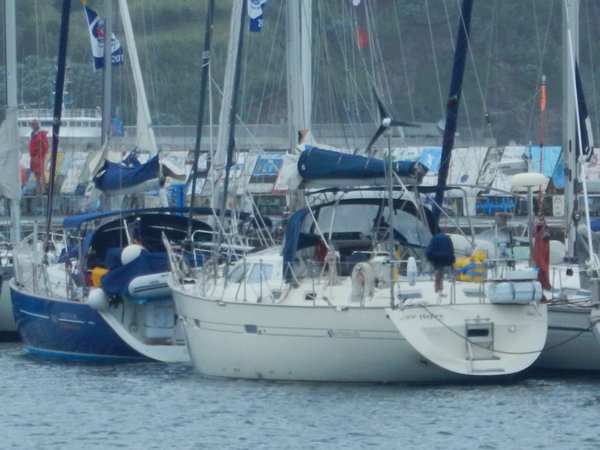 Every available space around the marina is taken up with paintings by the crews of the various yachts that pass through on passage. The Azores is an inevitable staging post on the majority of northern transits of the Atlantic and I was particularly struck by a poignant painting in remembrance of the crew of Cheeki Rafiki which was tragically lost a couple of years ago. 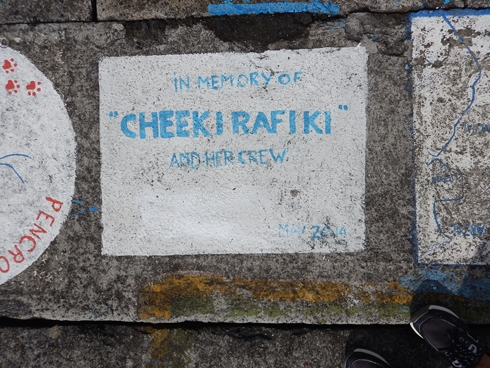 We explored the town before our evening function starting in the famous ‘Peter Cafe Sport’ bar. The following meal was in one of those ‘cook yourself on a hot rock’ restaurants and we shared a table with the crew off an American yacht which turned out to be great fun and good company. 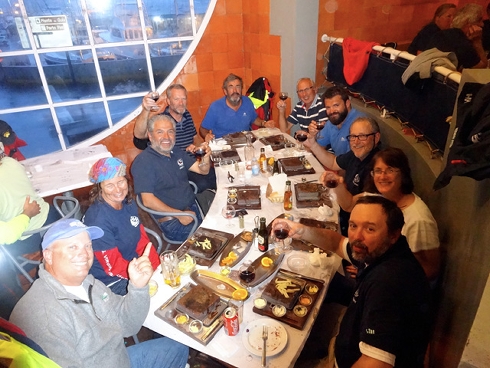 Returning to Hejira with Cliff from AWOL, we inevitably opened the scotch and true to form (understandably tired I might say) I fell asleep, apparently mid-sentence, to wake up to two empty bottles on the table and three very pissed people telling each other how much they like each other! 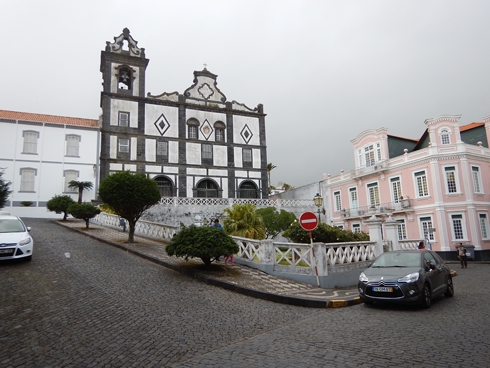 After two weeks at sea, our first sight of land was a dark smudge on the horizon.

The islands weren’t wholly visible until much later on, since it was a grey day and they were mostly enveloped in cloud. 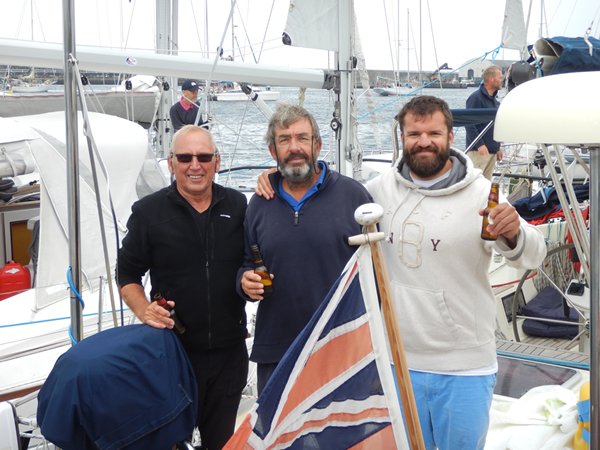 Barry, Nick and Ollie on our arrival in Horta

Despite this, we made it into Horta just as the promised gale was beginning to stir.

The skipper shuffled off to do the bureaucratic bum-flufferies while I treated myself to a shower.

It’s indulgent of me I know, but we’re no longer conserving water and it’s been a whole week since my last one.

I should probably mention that a representative from ARC gave us each a cold beer when we arrived.

We slurped them down very quickly and to be honest, continued drinking at that pace for the rest of the day.

Sailors have a justified reputation for drinking, and after this voyage, I can see why they do it.

I think it’s a heady mixture of relief and celebration of not having died – a perfectly justified thing for us to revel in, and we did.

I think the skipper’s done an excellent job describing the restaurant we ate at.

You all know that classic restaurant format – ‘cook your own on a rock’ don’t you?

We were sat at a table full of yachties and I was fearful of getting found out, since as you may have gathered by now – I know embarrassingly little about sailing.

It’s especially embarrassing given my heritage – because you’ll definitely have worked out the skipper is capable of representing yachties at the United Nations.

But thankfully I was placed next to an American couple who were happy to steer clear of sailing and chat about anything and everything, very enjoyable it was too.

After dinner it was back to the yacht for a few whiskies and further chat that descended into pure unadulterated bollocks.

As I write this, the skipper has just returned with a carrier bag and a glowing smile.

He’s apparently found the finest shop in the Azores. Why?

Because it sells a vast range of wines-in-boxes!

“I asked someone and apparently this is the best one, so if it’s any good, we’ve got to stock up before we leave.”

So stay tuned for a review in the next few days.