With only two days before our departure from Greece, rather than stay in our seductive snug anchorage in Lakki, we felt we should explore more of the islands, or at least, more of Paxos.  Gaios was much vaunted and our potter through behind the island of Ay Nikolaos confirmed that it looked pretty but it was so popular there was no room to moor. 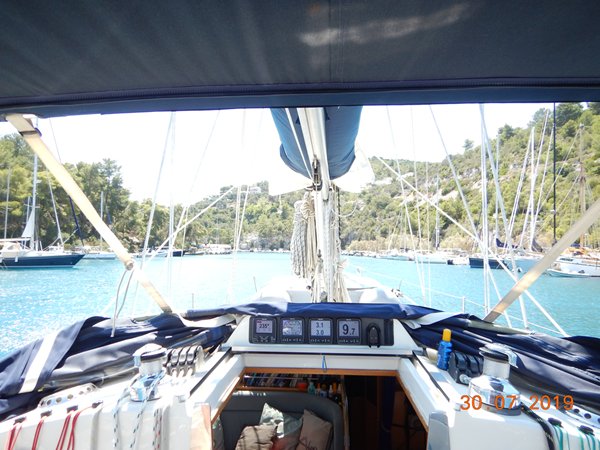 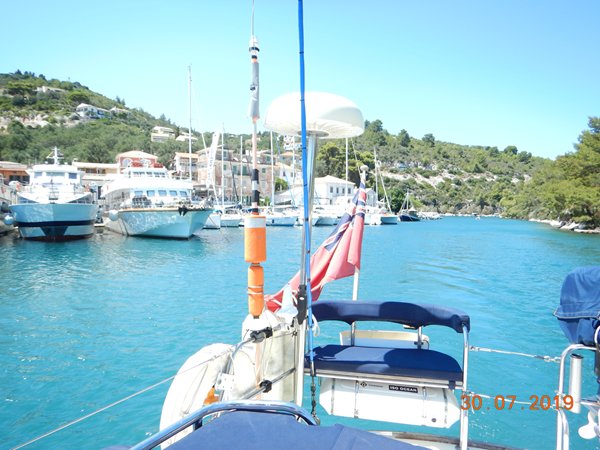 The channel inside the island protecting Gaios 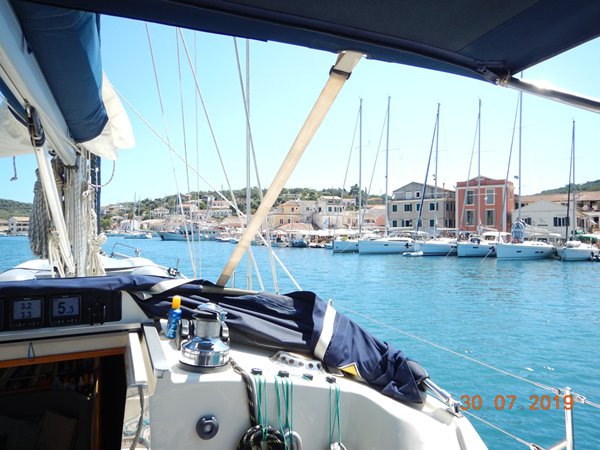 The pilot book remarks “Gaios is chaos in the summer. Yachts and their owners are running around in circles searching for berths, those already berthed are defending their patch against newcomers, water-taxis carve up the water going about their business, and landlubbers sit in cafes on the square and watch bemused.” 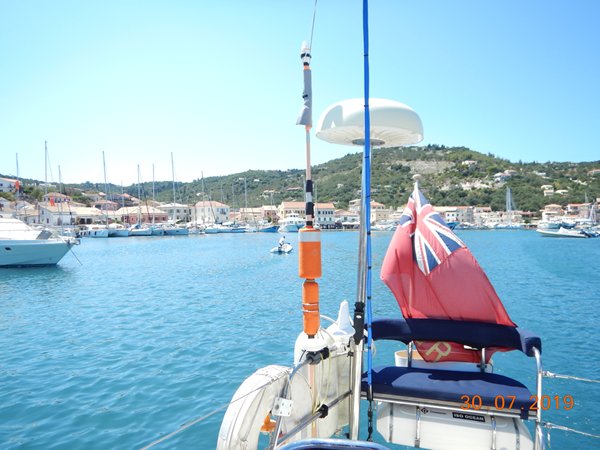 Equally, the anchorage outside had little space on offer so we pressed on to Mongonisi at the south of the island which looked promising. As it turned out, it was equally rammed so we retired to a small bay in the approaches, dropped the hook shallow and laid a kedge to keep us straight in the confines. 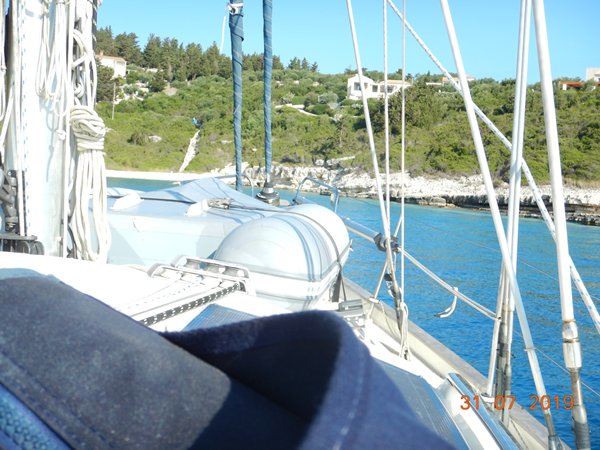 Room in this bay if using the kedge anchor over the stern to keep the yacht in the middle.

Deploying the dinghy and outboard, we motored into downtown Mongonisi  (no shop) for the usual and a meal as we would subsequently be at sea for at least two days, suffering my cooking on the 285 mile passage to Sicily. 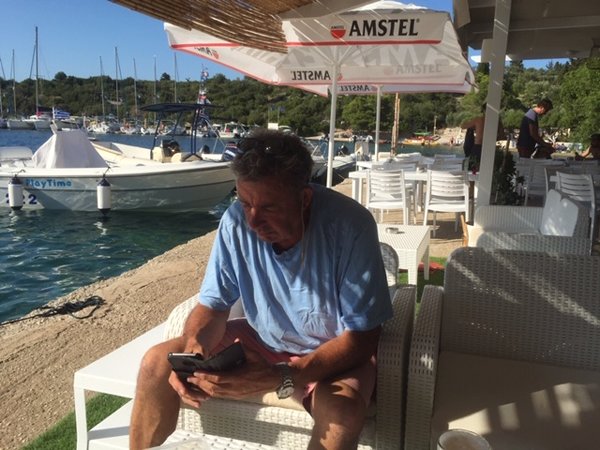 Some things just have to be done

So, it’s no blog for a couple of days – I can hear you sighing….

A quiet day. Dinner in the evening was the high point of the day – a really nice bar with an excellent tuna for me and octopus for Nick.